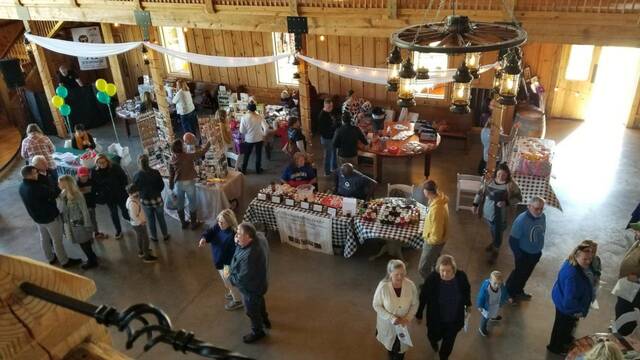 Almost five years ago, on January 5, 2017, the lives of Mira and Nathan Edwards changed forever.

Their son, Bentley, came into the world, a bouncy baby boy. At least that’s what they thought.

Two days later, as the young couple was preparing to leave the hospital and take their son home, an attentive nurse noticed that things were not going well, though she couldn’t put her finger on it.

“Something is just looking at me,” remembers the nurse, Mira, before taking Bentley to the NICU for tests. While there, a few Bentleys suffered seizures, and hospital staff discovered he had had a stroke in childbirth.

He was taken to Brenner Children’s Hospital, where doctors confirmed that he had suffered significant brain damage.

“On the MRI images, the doctor showed us which parts of Bentley’s brain had died,” said Mira Edwards.

Then the doctors prepared the couple for what they said awaited them – a lifetime in the care of Bentley, whose brain damage was so severe that he would not be able to take care of himself.

“Depending on which parts were damaged, a Bentley would have a motor problem like cerebral palsy on his left side, his left side would be weaker, he might have developmental delays, as well as some visual impairment,” she said.

The funny thing is that no one made it clear to Bentley. Over the following days, he behaves much like a child who hasn’t had a stroke – expected to eat well, act alert, and move and develop like a baby in his first days of life.

In the end, they were able to get Bentley home, despite keeping him in regular care through home therapy sessions and doctor and office visits for 18 months, when his medical team decided it was time to stop treatment.

“They said ‘there’s really nothing else we can do for this kid, he doesn’t need us,'” Edwards said recently when recalling Bentley’s early treatment.

“Bentley is awesome,” she said, “we call our miracle baby.” “He is very kind, very affectionate, very loving. He loves sports, loves girls, blesses in his heart a little lady’s man. No movement problems, no vision problems, nothing but a normal kid picks and chooses what he wants to hear.”

Edwards said it was their faith that helped them through those dark days when they feared for Bentley’s health and future.

“As soon as we were told, we prayed as much as we could,” she said when the doctors first told them the news. “There was nothing else we could do. We just had to let go and leave God. I know it sounds like a cliche, but that’s all we can do.”

It’s also this belief, and what they’ve learned about stroke in children, that has led them to hold an annual fundraising event for pediatric stroke victims and, this year, to help a local child waiting for a kidney transplant.

Last weekend, the couple hosted Stand With Bentley at The Barn at Heritage Farms in Dobson. This was the third event of its kind – it could have been the fourth, but the 2020 edition has been canceled due to COVID-19 restrictions.

Mira Edwards said the gathering serves a dual purpose — to raise awareness of stroke in children, as well as to raise money to help defray costs for children who attend UNU Children’s Hospital summer camp, and to help children with paraplegia, which is held in Durham each summer.

This year, however, Mira said they decided to change focus, raising money for Zoe Hall, a two-year-old local who was diagnosed at birth with the rare kidney disease, congenital nephrotic syndrome.

At first, Edwards said she and her husband weren’t sure what they would do, other than keep the proceeds locally.

“We didn’t know who to give it to, but we wanted to keep it local…When we went through our struggles, we had a huge support system…Now we wanted to be that for someone else.”

They started planning for the event – Stand With Bentley: Children’s Stroke Charity Event – still looking for a recipient.

“Zoe Hall just popped in my head,” she said. “My mother and I went to school together.” She said that she and Zoe’s mother weren’t particularly close, but they knew each other and she knew Zoe’s condition.

“God has put this beautiful girl on our hearts,” she explained. “Zoe is not a pediatric stroke survivor, but she is a survivor in her own right. She is a fighter, big and a miracle. When you see her you see God’s loving kindness.”

Edwards said people in the area really rallied around the issue this year.

She said there were 60 handicraft vendors on hand, along with shepherd tables, and five food trucks, along with The Flying Hatchet, an ax-throwing squad from Greensboro.

“They donated all of their proceeds from the event directly to Zoe,” said Mira Edwards. “We’ve had a lot of sellers donate their proceeds to Zoe. It was extraordinary.”

The best news of all was that Zoe wasn’t able to attend – because she had finally reached the weight needed for the transplant, and had received a new kidney just days before Sunday’s meeting at Dobson’s.

“We were able to confront them, so I was able to see the crowd,” Edwards said.

While Zoe and her family weren’t available to speak – they were preparing for a possible layoff this week – Edwards said all was well on Wednesday.

“Zoe is a strong-willed and brave girl who loves life to the fullest. She is full of love, laughter, rudeness and courage. Her parents are so grateful for the love and support that our community constantly shows, and they thank you all.”